The platform build was finished in a plasmid, now need to bulid it in chromosome of L.lactis.

Increasing the added value of milk and whey proteins.

It has been well recognized that milk is a nutritious food, while milk proteins are vital ingredients for the food industry for providing almost all the essential amino acids needed for human health, combined with a wide range of dynamic functional properties. Bioactive peptides have been defined as specific protein fragments which have a positive effect on body functions or conditions and may ultimately influence health (Korhonen and Pihlanto 2006). The importance of milk proteins in the diet has been increasingly acknowledged as a result of new scientific findings in the field of nutrition over the last two decades, bioactive peptides derived from milk proteins have been proved possess a wide range of physiological activities. Bioactive peptides are inactive, the activities of which are on the basis of their amino acid sequence. Normally there are three ways to produce bioactive peptides from the parent proteins: 1) enzymatic hydrolysis by digestive enzymes, 2) fermentation of milk with proteolytic starter cultures, 3) proteolysis by enzymes derived from microorganisms or plants (Korhonen 2009). The production of peptides by  proteolytic starter cultures also received increasingly high attention these days, lactic acid bacteria (LAB), the most common industrially applicable starter cultures, can release a large number of different bioactive peptides. As a matter of fact, two petent ACE inhibitory tripeptides Val-pro-pro (VPP) and Ile-pro-pro (IPP) from casein were isolated from Calpis (Japanese sour fermented milk) with the starter Lactobacillus helveticus strains. 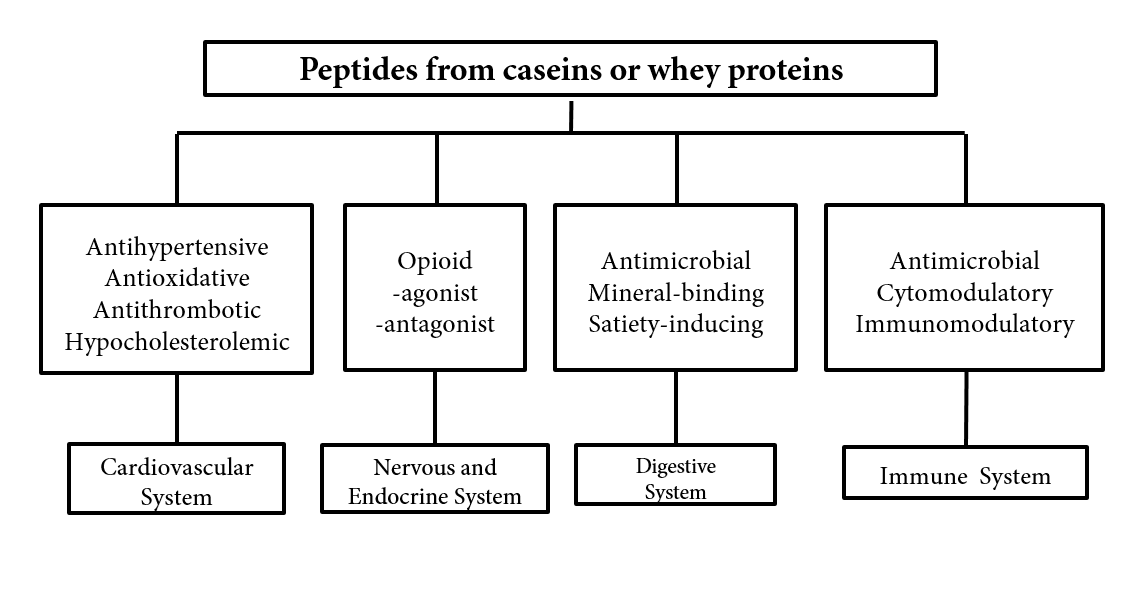 My project aims to increase the added value of milk, by using molecular genetic methods, modifying the proteolytic system of Lactococcus lactis, to see what kinds of peptides these L.lactis mutants can produce by degrading milk proteins and whether these peptides have bioactivities, that is to say, find new peptides with bioactivities, or producing more bioactive peptides we already known in literatures. On the one hand, I've already made quite a few interesting mutants, the next step will be growing these strains in milk or casein solution, then use LC/MS system to identify the products, analysis results. I attended mass spectrometry course of our university last year, I learned practical details of using MS, so from this course, I expect that I can obtain bioinformatic skills for analyzing my proteomics data. Start from knowing all the protein/proteomic databases, bioinformatics tools, then gain the ability to evaluate and choose suitable tools for my data, finally analysis and annotate data. On the other hand, I also expect that I can use bioinformatic tools to analysis proteins in silicon, to see what are the possible bioactive peptides "hide" in this protein, so that I will construct some specific mutants that can produce bioactive peptides of interest. 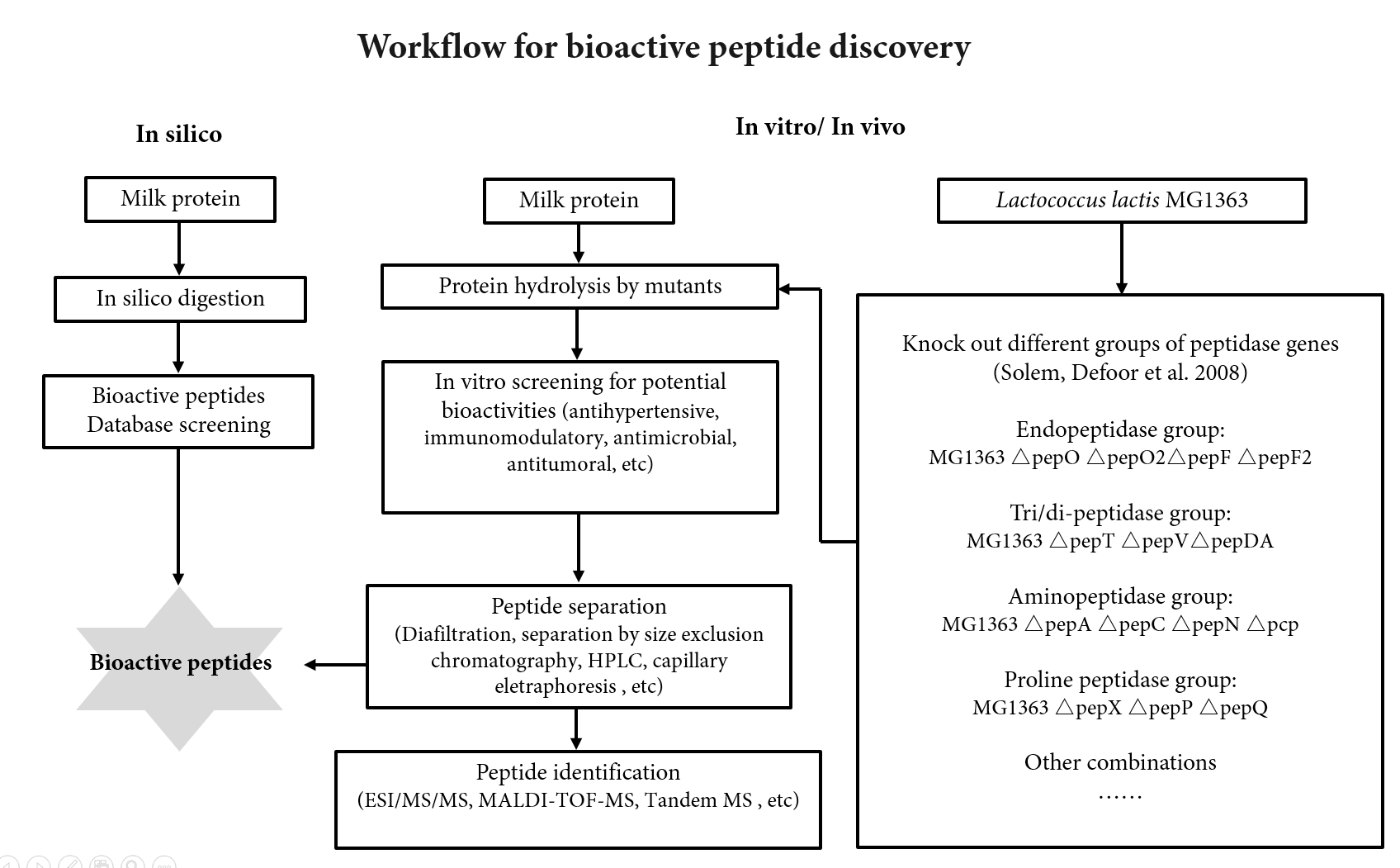